Online Rummy: Is it Legal or Not?

In India, Rummy is considered a game of skill and playing games of skill is legal. Games of skill are protected by the Constitution of India under Article 19[1](g), unlike gambling, which is declared as games of chance.

Playing a Rummy game is legal just like other card games of skill and is considered a business activity. The Supreme Court of India stated the following points:

Nonetheless, as of October 2022, a few Indian states like Andhra Pradesh, Odisha, Assam, Sikkim, Telangana, and Nagaland do not allow playing rummy for real money.

What is a game of skill?

Is Rummy a game of skill?

A summary of the ruling from the High Court is mentioned-below:

Rummy requires a specific amount of skill as the fall of the playing cards needs to be memorized.  Building sets, sequences, and discarding cards requires skill. Thus, we cannot say that Indian Rummy is a game of chance entirely.

How safe is playing Rummy online?

Playing Rummy games online is completely safe and legal. Online Rummy can be played by anyone above the age of 18 years and from anywhere (permitted states) in the world. On winning, players win real money. Since there is real money involved, its safety plays a vital role, but there is nothing to worry about.

Certified online Rummy apps have an advanced and secure system for online payments via UPI, net banking, debit/credit cards and other such modes. Online payments make transactions between the players and operators safe. The winning amount is automatically transferred to the player’s account, thus reducing the chances of human error, which takes place in offline rummy. All certified Rummy apps have a safe and secure payment gateway like UPI, NetBanking, PayU, Paytm, etc. These Rummy apps are protected with Secure Sockets Layer (SSL) Certificate, making payments secure. An SSL certificate verifies an apps/website’s identity and allows the encrypted connection. 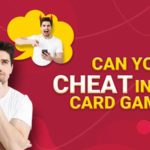 Previous Post Can You Cheat In Online Card Games? 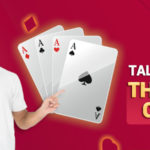