Win in Rummy by Confusing Opponents!

Do you know one big advantage of playing online rummy over offline rummy? You are not sitting face to face with your opponents. Hence, nobody gets to read the facial expressions and body language of their opponents. This is why it is easy to bluff and confuse your opponents in online rummy, in fact, in most of playing card games. And if it is easy, why not use it right? The ultimate goal of every player is to win the game and also to prevent your opponents do the same.

Hence, players use various strategies and tricks to achieve their goals in rummy. One of the commonly used strategies is to confuse your opponents and then do or make them do what you want! It mostly works well because of the reasons said above. Following are the 3 simple tricks of this strategy:

You should forever make your opponent keep guessing as to which cards do you have and which ones you want in a rummy game. Pick and keep any card that you don’t want, esp. from the open pile, so they see it as you pick it up. This way, they will think that you are making sequences using those ‘unwanted cards’. In return, they will discard cards that you actually want!! But ensure that you are picking cards of lower value; in case anyone does a valid show, you will lose with fewer points when you play rummy. In case.

Sometimes, players force their opponents to declare quickly in haste so that they commit mistakes and do a wrong show in rummy online. This happens because your opponents think that you are about to declare. Accomplish this by the act of bluffing. Take more cards from the open deck and discard cards of lower value. Do these both or either, and your opponents will declare in a hurry. This strategy is used by many expert rummy players. Likewise, you can use and invent more tricks of bluffing.

Get the Cards that you Need

By confusing your opponents in this strategy, you can acquire the cards from them that you want in making your sequences/sets in Indian rummy. For example, let’s say you are looking to make a pure sequence of Diamonds of 7, 8, and 9. In this, you have 8 and 9, and are looking for 7. But you have the 6 of Diamonds. Now discard this 6 of diamonds. Your opponent will believe that you are not making any sequence of cards around it, hence, you don’t need them. Now, if your opponent has the 7 of diamonds, they will discard it. Voila! You got exactly the card you wanted in an online rummy game.

Another one of rummy tips and tricks, is to confuse your opponent by doing exactly the opposite of your planned strategy. This way, your opponent will start playing in a way that will favour you. Sometimes, do something out of the box, totally unexpected that no opponent will even think of in rummy games online.

Previous Post Gamer’s Block: Beat it With These Tips! 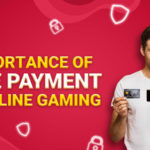 Next Post Importance Of Safe Payment In Online Gaming