Which Are The Top Card Games For 2?

When it comes to playing games with friends or family, card games are an easy pick. Indians have been playing various card games including Indian Rummy for centuries. You can play them anywhere and with anybody, you just need a deck of 52 cards. Even 2 players are enough to play most card games like Crazy Eights, Go Fish, etc. Now that monsoon is about to begin, playing outdoor games will become rare for the next 4 months. So, which are the top playing card games you can play with one player?

In this card game, the goal is to collect more ‘books’ than the opponent. 52 + 2 printed jokers are used, and 7 cards are dealt to both the players. The remaining cards are placed randomly between them, known as ‘pool’. The player asks his opponent for a card. If the opponent has that specific card, then they should give it to the asking player, otherwise, they should say ‘Go Fish’. In that case, the 1st player takes a card from the ‘pool’.

This game is super fun and easy to play even for kids. In the end, you should get rid of all the cards to win. All 4 cards of 8s are wild cards, this means these 4 cards can be used as a substitute for any other card. In this shedding type card game, 5 cards are given to the 2 players and the rest are placed between them as the ‘stockpile’. You need to match the suit or number to the discard pile’s current card.

This game, especially the online rummy version between 2 players, is really thrilling and engaging. You can play 4 versions: 10, 13, 21, and 27 cards, in either Pool, Deals, or Points rummy. The objective is to meld all your cards in proper sequences and sets, before your opponent does, and do a valid show. Players use various strategies, tricks, plans, etc. to not just win, but also prevent their opponent from making any sequences/sets.

Most of you must have played solitaire, especially on your Windows PC. This version involves 2 players and is played using 2 decks of 52 cards. The objective is to make 8 foundation piles starting from Ace card to King. All the rules of Solitaire are applied here. The 1st player to meld all their cards into foundations, win the game.

In this game, the dealer gives one card face down and one card face up to the opponent and then to themselves. The objective is to make exactly 21 points with your cards. Each numerical card has points as per its face value, the face cards have 10 points each, and the ace card can be either 11 or 1 point. You can decide how long you want to play, and when to declare. You win if your card points are 21 or near to it, but on the lower side. You will bust for the round if your points get over 21.

The above playing card games for 2 players will entertain you in equal measure whether you play them online or offline. If you are going to play rummy, here are 5 tactics that will win you a rummy game. Also, do check these 5 things, before you begin to play a rummy game. 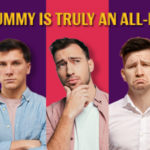