Almost all the card games that are played in the world, have some or the other variation of them. People of different regions or countries modify the card game rules as per their convenience and culture. Rummy is not different. It has numerous versions like German rummy, 500 rummy, Contract rummy, Dummy rummy, Gin rummy, etc. and not to forget – Indian Rummy. Indians have been playing our version for centuries and play even today. So, what are the unique features, properties, and rules that make Indian rummy different from other variations?

You can also say, that the above pointers are a reason why Indians are drawn to the rummy game. Even though Cricket is a religion here, rummy online is played by over a crore Indians! Do you know that cricket and rummy are connected with some similarities?! If you want to add more points to these 10, about Indian rummy, write in the comments below. 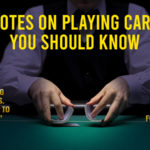 Previous Post Quotes on Playing Cards You Should Know 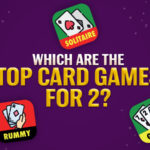 Next Post Which Are The Top Card Games For 2?