Quotes on Playing Cards You Should Know

With just one deck of 52 cards, you can play many card games! Whether it is Indian rummy, Flash card game, Poker, or Mendicot. Did you know? Even quotes have been made on these playing cards! Over the centuries, many famous personalities have spoken good and inspiring lines over the deck of 52 cards. So, if you are lacking the motivation to play online rummy, just read these quotes:

Some quotes will tickle your funny bones:

Those bellhops in Miami are tip-happy. I ordered a deck of playing cards and the bellboy made fifty-two trips to my room. – Henny Youngman

Marriage is a lot like playing cards. In the beginning, all you need is two hearts and a diamond. By the end, you’ll wish you had a club and a spade. – Anonymous

I stayed up one night playing poker with tarot cards. I got a full house and four people died.”

Love is like a card trick. After you know how it works, it’s no fun anymore.” – Fanny Brice

Playing cards is addictive. So are the playing cards themselves. My habit has me up to two packs a day. – Joshua Jay

Men are like a deck of cards. You’ll find the occasional king, but most are jacks.” – Laura Swenson

Looks like most of you won’t like the last one. Some quotes may bring out your potential or also imagination, while some are just based on games:

Trust everybody, but always cut the cards. – Finley Peter Dunne

When I look at playing cards, I see limitless potential. When these simple symbols are shuffled, fortunes are won, the future is foretold, or magic is unleashed. – Joshua Jay

Cards are one means of bridging differences in age and habits, drawing children and parents, old and new friends together in fair and friendly competition. – Florence Osborn

Cards are power; learn to harness that power, and you will be forever rewarded. – James Swain

Cards are war, in disguise of a sport. – Charles Lamb

A pack of cards is a pile of 52 pieces of cardboard that can be bent, stacked, and stuck together in a seemingly endless array of variations. – Jay Sankey

Cards are like living, breathing beings and should be treated as such. – Dai Vernon

Playing cards have the ability to cloud men’s minds, or to dominate them. – Ricky Jay

We really liked the following one though, said by David Parlett…

Rummy is deservedly popular because it is easy to learn, fast to play, suitable for all ages, playable by any number, and as suitable for gamblers as for missionaries – though perhaps not both at once.

Some quotes have made a good connection of general life and cards:

A good lawyer, just like a good poker player, must always keep his cards close to his chest.

Destiny plays its cards in a way that no one can comprehend. – Anurag Shourie

One should always play fairly when one has the winning cards. – Oscar Wilde

Has fortune dealt you some bad cards? Then let wisdom make you a good gamester.

The cards always look different when it’s your turn to play them; loaded with subtly different possibilities. – Alastair Reynolds

In order to win you must be prepared to lose sometime. And leave one or two cards showing.

The following few quotes tell us about more or less the same thing, playing your cards & life:

Each player must accept the cards life deals him or her; but once they are in hand, he or she alone must decide how to play the cards in order to win the game. – Voltaire

We cannot change the cards we are dealt, just how we play the game. – Randy Pausch

Just because Fate doesn’t deal you the right cards, it doesn’t mean you should give up. It just means you have to play the cards you get to their maximum potential. – Les Brown

Life is not a matter of holding good cards, but sometimes, playing a poor hand well. – Jack London

This one was said by our own first Prime Minister himself, Pandit Jawaharlal Nehru…

Life is like a game of cards. The hand you are dealt is determinism; the way you play it is free will.

So, which of these did you liked, and got inspired from? Do tell us in the comments below. 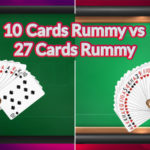 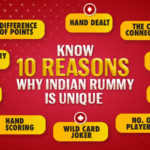 Next Post Know 10 Reasons Why Indian Rummy Is Unique