7 Types of Online Games You should know

With the advent of gaming consoles and personal computers, a new category of games began: video games, people started playing games on their PCs & consoles. New types of games were invented for them along with the digital versions of real world games like sports, board games, card games, etc. After that, another revolution happened: The Internet. With this, video gaming went online, and people from different parts of the world connected with each other to play multiplayer versions of games. Today, even online games are categorized into different types. Let’s know about them:

Any game in which you have a gun in your hand and your main objective is to kill your opponents/bad guys, come in this category. Some of the most famous FPS games are Counter-Strike, Halo, and PubG. You never get tired of killing the virtual avatars of other real players.

Who doesn’t like to play sports? We’ve been playing sports like cricket and football offline in-person since childhood, so why not online! We get so many options like cricket, basketball, baseball, Football (FIFA), Olympic sports, etc. millions of people regularly play sports games with other online players in the world.

Some of the most popular card games that are played online in the world are online rummy, poker, Teen Patti, etc. many dedicated pro players and platforms exist that let you play cash games of rummy online, poker, etc. you can also categorise them as skill-based games, because besides you winning real cash prizes via Tournaments & cash games, they require and develop your skills while you play.

There hardly will be any person who doesn’t know what NFS or Need for Speed is. Racing games are the most popular types because all you have to do is use the arrow keys to drive a car or bike on tracks or illegally on roads while the police chase you. Besides NFS, other popular titles are Burnout, Gran Turismo, Forza, F1, Moto GP, etc.

The full form is – Massively Multiplayer Online Role Playing Games. In these types of games, hundreds of players take part at the same time, interact with each other in one created world, and mostly, have a similar objective. Some of the examples are World of Warcraft, Final Fantasy, Anarchy Online, EverQuest, Ultima Online, etc.

These types of games are made to emulate real life and surprisingly, lakhs of people are big fans of such games, e.g. SimCity. You will find a whole virtual world of streets and buildings, a virtual avatar of every player, and normal life as it happens. Some other examples are The Sims and Nintendogs.

Games in which one opponent is playing on a console, another is playing on the computer, while a third one is playing via mobile, are categorized under cross-platform games. E.g. you can play Indian rummy via the app of a rummy platform and your opponent will play via the website (web interface) of the same rummy platform.

Today, millions of people play games from these categories, and the online gaming industry is only going to grow. We may also see new categories of games being invented in the future. So, from which of these categories have you played games online? Have we missed out on any online game category? Do tell us in the comments below. 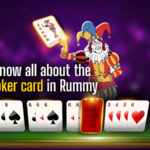 Previous Post Know all about the Joker card in Rummy 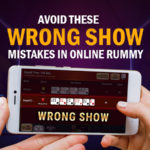 Next Post Avoid these Wrong show Mistakes in Online Rummy