The Influence of Internet on the Gaming Industry

Will you ever imagine your life without an Internet connection? Almost everybody will say ‘no’. That much the Internet has become an integral part of all of our lives. We can say it has literally changed the whole world, which also includes the gaming industry. The evolution of the Internet began in the 1990s, initially the pace was slow in India, but in the last decade or 15 years, we have seen rapid growth and penetration of the Internet in our country.

The Internet made the following possible for multiplayer gaming: Now you can play at any time with anybody around the world. Many gaming companies made new game titles exclusively to be played only as online games, many new online gaming companies emerged and are still flourishing. Card games like rummy got a new lease of life, now card games especially, online rummy has become a big industry in the world. Overall, the multiplayer gaming industry has become a multi-billion dollar one, thanks to the Internet.

Can you take your console/computer anywhere? Can you play games on them during commuting? This is where mobiles come in, and this is why mobile gaming also has become a big industry. Many online game titles that were famous on consoles/computers also have their mobile versions now. This all has become possible due to the penetration of mobile Internet. Whether it is 2G or 4G, many games have multiplayer modes which are more popular and exciting to play. You can now play online Indian rummy anywhere, at any time of the day, with anybody from India, thanks to the Internet.

So you thought the Internet is helping only in multiplayer gaming? Think about it, how do we get these games in the first place? Before the Internet, Cassettes, CDs and DVDs of game setups were the norm. Without them, it was not possible for you to install any game on your PC. But because of high-speed Internet, even though game setup sizes have increased, you can now directly download the game setups after you’ve made the purchase or free for free games. Even for that, easy online payment is now possible.

Peer-to-peer sites also have greatly helped in making it easy for anyone to get any game they want to play. For mobile devices, you have the Play Store and Apple Store for the respective OS, from where you can download any game at any time you wish. You can also download games from their makers’ websites, on PC or on mobile. Besides these, you can also get all the updates, upgrades, and patches of games at any time from the Internet.

You can now see how much the Internet has affected the gaming industry. Do you have any points to add? Tell us in the comments how the Internet helped your gaming.

Previous Post Why Opt for Skill games over Action games? 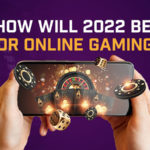