Why Opt for Skill games over Action games?

It will be hard to find a person in today’s world, who hasn’t played any online game in their life. Playing virtual games is a favourite pastime of crores of people in the world. Some are addicted to it and they play for the whole day, while some play only once in a few days. With the increased use of Smartphones and high-speed Internet, it has become hard to ignore online gaming.

Online games can be divided into quite a few categories, prominent among them are Action games and Skill games. Although some people may play both, most of them will prefer one over the other. If you are one among those who like skill games, wow. But if you like Action games more, you have already read the title of this article. Now let’s know why.

A big reason why people will play action games over skill games, is that they don’t need to scratch their brains. People love action games for their – action, the story-telling in career mode, the realistic details, the high-quality graphics, etc. all play a big role in making people addicted to action games. They can be sports action, car racing action, first-person shooter action, or other genres.

What are these types? Skill games are the ones where players use their brain, experience, knowledge, and intelligence to win. Hence, these games are completely legal to play in India, as per the Supreme Court of India. In some of the skill-based games, you can win real money too! E.g. Rummy. Most players play online rummy on various rummy platforms and win real cash prizes.

Reasons why Skill games are better than Action games:

Skill-based games may not have that CGI level attraction power of action games, but you should play them more often than Action games. Here’s why:

Sure, action games also develop some skills, like hand-eye coordination, quick decision, etc. but they aren’t that much helpful in your daily life. On the other hand, by playing rummy, you develop some tactics, analytics, observation, strategy, planning, tips & tricks, etc.

It takes time and patience to master a skill game. But once you’ve done it, there’s no looking back. Patience builds determination and the will to win. This doesn’t happen in Action games. The Instant gratification & quick game play tends to have the opposite effect.

There are action games where you can win real money, but as compared to skill games, esp. card games, they are far less and also less frequent. In skill games like Indian rummy, you can earn real cash every day!

Because of the above point, players of skill-based games tend to play them seriously. They develop their game, become top players and make earning from skill games a primary income. Such players are much more in numbers than those of Action games.

Action games are mostly played solo, esp. in the career mode. But there’s nothing solo in skill games, they give you more chances to interact with other like-minded gamers. Most skill games are played with 2 to 6 players at a time. This experience is totally different from action games and more fulfilling.

In India, there is not much scope for players of action games to go professional and start earning from their gaming. But for skill games like rummy, opposite is the case. There are thousands of pro rummy players from all over the country, you too can be like them.

In no way it is being said that you shouldn’t play Action games at all, but the benefits of skill games far outweigh Action games. When it’s your gaming time, it will be good if you play more skill-based games like Rummy than any car racing game. What are your opinions on this? 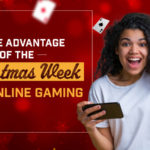 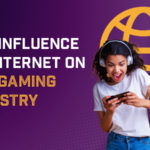 Next Post The Influence of Internet on the Gaming Industry