7 Crucial Facts About Rummy You Should Know

One correct answer to the question – Which is one of the most played and favourite card games in the world? Is ‘Rummy’, or now we can also say, ‘online rummy’. But ask yourself this – how much really do you know about the game of rummy? Do you know how the word ‘rummy’ was coined? Or how and when did the game originated? Following are some of the fascinating and crucial information about rummy you should know:

Many theories about the name ‘rummy’ exist. One of the popular theory is the british slang word ‘rum’, which means strange or odd. Another origin of the name may lie in the game of Rum poker, or a famous liquor having the same name. The game may also have got its name because, in previous times, losers had to treat the winners of the game with free rum.

Two common theories regarding rummy’s origin exist, one in China and other in Mexico in the 19th century. In Mexico, a game called ‘Conquian’ (means ‘with whom’) was played, that later spread to other parts of the world as rummy. In the Chinese origin, rummy was a result of a Mahjongg variation called as ‘Kun Pai’ which was westernised as ‘Khanhoo’.

Some people may think that rummy is based purely on luck, purely on the cards dealt at the beginning, it is gambling. But this is completely false. A skillful player can come out from the jaws of a certain defeat and win the game too! And this has happened many times. Rummy is a game of pure skills and totally different from gambling.

Yes! It is absolutely legal to play Rummy in many countries including India. Gambling is banned, but since rummy is a game of pure skills, it is recognized by various Indian courts, except in few states in our country. If you are not based in these states, you can officially play rummy without any worries.

Did you know? There are hundreds of variants of Rummy! All having slightly different rules and styles of play. Some of the popular versions are rummy 500, Indian rummy, treppenromme, Gin rummy, etc. Most of the Indian rummy platforms offer the following variations: 10 cards, 13 cards, 21 cards, 27 cards rummy; Points rummy, Pool rummy, and Deals rummy. So, which ones have you tried or are your favourite?

It is easy to play

Due to the many variations and rules of the game, some may think that it is complicated to learn and master the game of rummy, but this is not true. Though you need quite a good amount of practice in the beginning, once you know all the rules, you will realise how easy it is to play! It is not necessary to know all the variations of rummy, just try a few of them and master the ones you are comfortable with.

Previously, rummy was played only with friends, and that too just for fun. Now times have changed, many online rummy platforms have come up where you can play rummy and win real cash! Many genuine stories you can read where people have won lakhs of real cash by winning at rummy games/tournaments. Even professional rummy players exist, who make a living by playing rummy and regularly winning lots of cash! So, if they can, why can’t you? 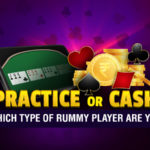 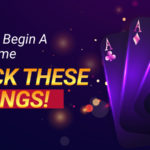 Next Post Before You Begin A Rummy game: Check These 5 Things!