Common Doubts of Rummy Beginners and How to Clear Them

Someone who is just learning how to play rummy card games is sure to have many queries and doubts. Here we have shared a list of the most common doubts of rummy beginners and how to clear these doubts. Eliminate all doubts so that you can play rummy like a pro.

Why is Rummy called a Skills Game?

Rummy is often referred to as a skills game because it cultivates several skills in the players. The good rummy players are individuals who possess these necessary skills. Here we have shared some of the prominent skills you acquire by playing rummy card games:

Organising Skills: Organising is an important skill not just in life but also in rummy card games. The good rummy players know this fact and always arrange the cards in proper order first. They arrange the cards in a peculiar fashion to assist their memory. They place the cards to be disposed to one side of the hand. They place joker cards to the other end of the hand. The middle portion of the hand is occupied by cards that are in movement. This could include incomplete sequences and melds.

Risk Taking Skills: Another important skill important in life and in the game of rummy is risk taking skills. A good rummy player only takes calculated risks. He knows when to and when not to take risks. If he thinks he has a poor hand, he will choose first drop or second drop. He will play the game only when he sees a chance of completing his life before the opponent wins the game.

What is the difference between cash gaming and practice gaming?

What is rummy terminology?

Meld: An arrangement of cards of different signs but of the same value is called a meld. For example, a 7 of hearts, 7 of clubs and 7 of spades together form a meld. Jokers can be used to complete melds.

Life: The minimum arrangement of cards upto which a player’s hand is treated as a full hand is called life. The definition of life will vary based on the type of rummy card game you are playing. In a standard rummy variation, one pure sequence and one real sequence together form life.

First Drop: When a player quits a game of rummy before playing the first card, it is called first drop. Minimum points are charged in case of first drop.

Full Hand: When the opponent wins rummy before you complete your life, your hand is called a full hand. Maximum points are charged in case of a full hand.

False Call: When a player calls it rummy before the completion of his hand, it is called a false call. A penalty is charged in case of a false call.

What are the Strategies Used to Win Rummy Card Games?

Different strategies are used by players to win rummy card games. Here we have shared some of the best strategies.

Holding back cards that opponent may need: If you know that the opponent needs a certain card for completion of his sequence, it is wise to withhold that card for the moment.

Understanding the meaning of opponent moves: It would be wise to understand the cards in the opponents’ hands by examining the cards that he is disposing.

Making wise use of jokers: The jokers are the wild cards in rummy. Make wise use of these jokers to win the game sooner.

Is it Legal to Play Rummy Online with Cash?

Yes, it is completely legal to play rummy online with cash. The fact is that a small TDS is also deducted from your earnings when you cross the minimum threshold of earnings in rummy card games.

What are Rummy Tournaments?

How are Points Calculated in Rummy?

Points in rummy are calculated based on the spare cards remaining in the hand. The numbers on the number cards denote their point value. The picture cards are charged highest (usually 10 points each).

What are the Different Variations of Rummy Card Games? 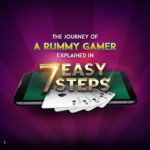 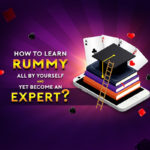 Next Post How to Learn Rummy All by Yourself and Yet Become an Expert?