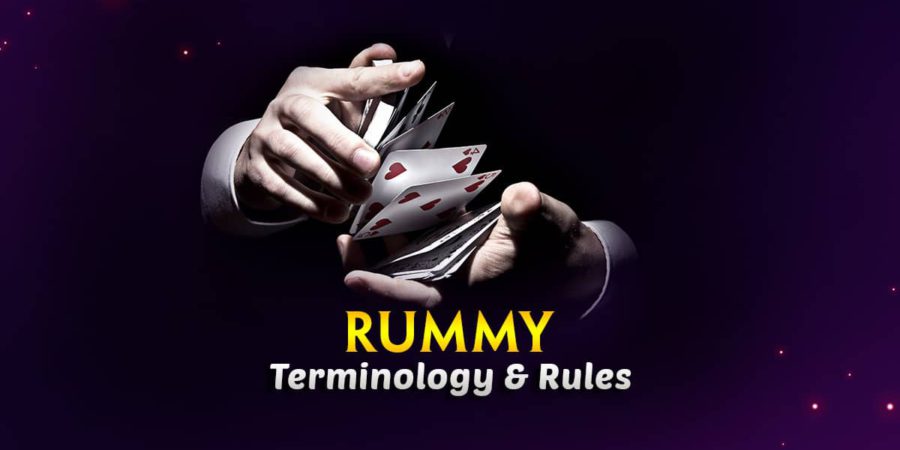 The different terminology used in all rummy card games are listed below:

Picture Cards: These are cards with pictures on them. A, K, Q and J are referred to as picture cards and each have a value of 10 points while calculating points.

High Point Cards: These are cards with higher points compared to other cards. All number cards from 6 to 10 in all signs and picture cards in all signs are regarded as high point cards.

Low Point Cards: These are cards with lower points compared to other cards. Number cards from 2 to 5 in all signs are referred to as low point cards.

Jokers: These are cards that can be used in place of other cards to complete sequences and melds. There are a couple of joker cards in each deck that are used as jokers in the game of rummy. Some people also choose to use blanks as jokers.

Open Card: The dealer leaves the card topmost on the deck open. The first player has the choice to pick either the open card or the next card on the deck.

Disposed Pile: Each time a player picks up a card, he has to dispose a card instead so that the count of cards in the hand remains unaltered. The pile formed from cards disposed during each turn is referred to as the disposed pile. Each player has the choice to pick the topmost card from disposed pile or the unopened topmost card from the deck during his turn.

Sequences: An arrangement of cards of the same sign in the ascending or descending order of their values is referred to as a sequence. A sequence maybe completed with or without the use of jokers.

Melds: An arrangement of 3 or more cards of different signs but of same value is referred to as a meld. A 5 of spades, hearts and clubs together form a meld.

Pure (Natural) Sequence: A sequence completed without the use of jokers is referred to as a pure or natural sequence.

Real (Artificial) Sequence: A sequence that makes use of jokers for its completion is referred to as real or artificial sequence.

Life: The life is the minimum arrangement of cards until which a player’s hand is regarded as a full hand.

False Call: When a player falsely makes a call for rummy while his hand is not complete as per the rules, it is referred to as a false call. A penalty is charged for a false call in some places.

First Drop: If a player thinks he does not have proper cards to win the game, he can quit the game right at the start. This is referred to as first drop. Minimum points are charged in case of first drop.

Second Drop: Anytime after the start of the game if the player decides to quit, it is referred to as second drop. Double the points charged for first drop are charged for second drop.

Full Hand: If the opponent wins while the player has not even completed his life, it is termed as a full hand. Maximum points are charged in case of full hand.

The rules for the standard rummy card game are as follows:

You will have to try the 13 cards standard rummy variation a few times before you can play it really well. 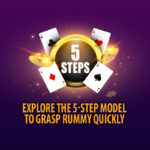 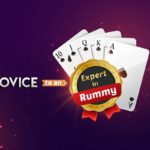